Cultural Agility in the Workplace 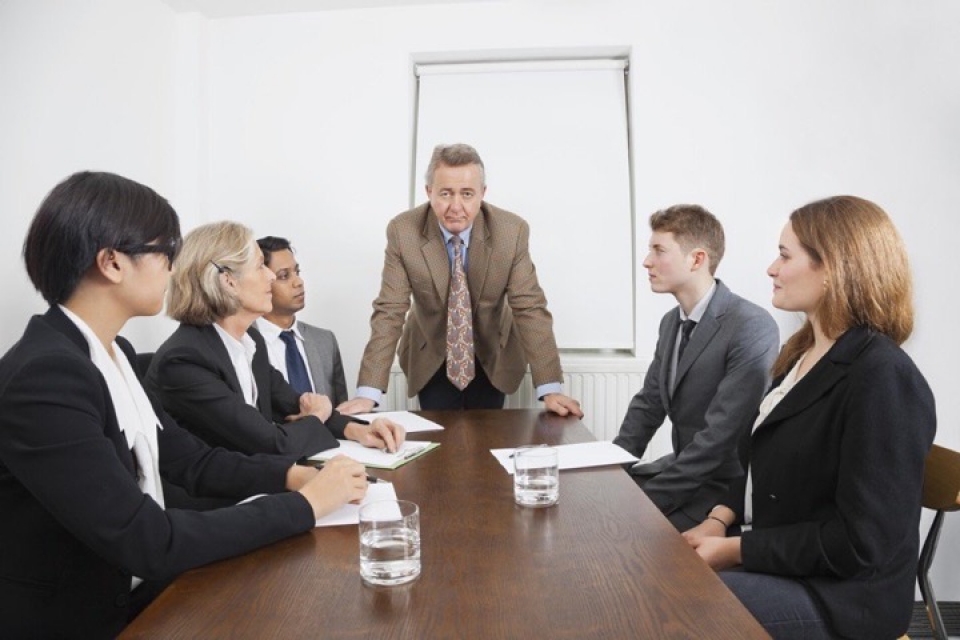 The 1940 book Anna and the King relates the story of a Siamese king and a widowed British schoolteacher. On a quest to help Siam transcend global cultural and educational gaps among nations, this unlikely pair of strong-willed individuals bridge chasms of their own to forge a partnership as they embark upon a journey towards inter-cultural intelligence.

While the original story does stretch the truth a bit for drama's sake, it gives a glimpse of the "catch 22" that often pops up when people from different cultural backgrounds seek to find common ground and to achieve a worthy goal together.

Both parties brought their presuppositions into the arrangement, and they were both forced to stop and identify the limitations to be overcome. For the King’s part, he wanted to bring "scientific thinking" to Siam and his royal progeny, but he also clung tightly to traditions that inherently excluded innovation.

Overcoming would require both parties to “give up” a little, perhaps to give up a great deal. It is not an overnight process. As the King said,

The manner in which people might understand such new possibilities is also a process of evolution.

Here is a modern-day story of an organization facing a similar process, with similar growing pains and limitations to be identified and overcome. This was an organization with a very strong Power-Fear orientation. It had a strong sense of hierarchy, which is fine in itself; but the people at the top of the hierarchy were using their position to instill fear in the organization (the negative side of the Power-Fear worldview described in our Three Colors of Worldview).

One obvious characteristic of the organization was that you couldn't question the top leadership—they told you what to do, and you'd just do it. And if you didn't do it, there were consequences. Therefore, employees were afraid to ask clarifying questions; they were especially afraid to appear to oppose an idea, or to suggest a better way to do it.

New leaders will always aspire to be leaders. But what kind of leaders? This particular Power-Fear leadership style would most often result in the grooming of new leaders from among those who realized that the only way they were going to become a recognized leader was to fall in line with the largely negative style of leadership portrayed.

Young men and women would join the organization, and they would soon see how things were done. They knew that showing loyalty and commitment to a specific leader, either within their department or business unit, was the first step to become recognized as somebody that would be considered “worthy” of investing in or worthy of considering for promotion.

Thus, it was a self-perpetuating system, because people who didn't want to be climbing the ladder in a system like that would eventually leave. What was left was an organization that in its very fabric continued to operate that way.

Sometimes people don’t know what they are truly asking for

Despite their tendency to embrace the negative aspects of a highly power-fear -oriented worldview, the leadership of this organization magnanimously decided to invest in a young leaders' development program. And they decided to make innovation the central theme! When we were asked to deliver a program for their young leaders, we were also asked to include an element of global leadership, of cultural agility.

When it came to innovation, though, it seemed that "innovation" in this organization’s system was only possible to the extent that the leader approved the specific innovations proposed. Therefore, it became a very delicate dance for people, to decide for themselves: "Will my boss be receptive to this?"; "Will he potentially be willing to make this idea his/her own?” (These being necessary in order for the idea to prosper.)

The leaders had not realized that their corporate culture, in and of itself, was their biggest enemy. But this quickly became evident to us when we began running a cultural agility program within the organization. Leadership development, innovation, and cultural agility were all largely incompatible with the existing corporate culture. Some evolution would be required.

In the coaching sessions, we were fascinated by one observation that we made: the leaders had all signed off for their young talent to be with us for two days, but… they weren’t really with us, not 100%. For example, the young talent were not allowed to switch off their phones.

We would ask them, "Please put your phones on silent, or switch them off altogether." But the participants would say, "No, no, no — I can't, because my boss might call me."

We said, "Well, your boss has signed off for you to be here, so, you know, make the most of it! This is an opportunity!"

That was our experience across the board there. And, sure enough, at least a quarter of the participants came to us during the breaks and said, "Oh, my boss has called me; can I be dismissed, because he needs x, y, z to be done?"

We would go back to the beginning and say, "Why are you here?"

"Because I'm part of the leadership development program"

We’d ask, "Who signed off for you to be here for these two days?"

We’d say, "OK, tell your boss that, 'because you've signed off for me to be here and I need to be here, I’m going to stay’."

Even so, it was almost impossible to keep them in the room, because they were so afraid they would be in trouble if they texted or phoned a response like that to their boss.

That remained the situation throughout the event. So, by Day 2, most of them were very nervous; they were not able to focus; and during the breaks most of them were quickly trying to deal with things unrelated to the coaching program.

Yet, these participants were being asked to become innovative, culturally agile leaders; and money was being invested to develop them into such leaders! But it was evident that the hierarchy was run in a way that was not empowering, and that fear was the main mechanism used to ensure compliance and loyalty to the boss. Indeed, it was very dangerous to propose “innovative” ideas that the proposer was not 100% sure that his or her leader would approve of; and if they wanted to advance, they felt it was better to obey and appear compliant than to rock the boat.

Double-down on the trickle-down

In retrospect we would consider that workshop unsuccessful, because we didn’t recognize how profoundly their corporate culture would prevent our work from having much tangible and lasting impact.

We would now say that the best way to begin to make a real difference in such a deeply Power-Fear -oriented organization like that, is to work closely, extensively, and exclusively with top leadership first, to expose them to the required processes -- the necessary evolution -- that will help their organisation and people thrive in our global and inter-culturally complex world.

If a top-down approach is not taken in such a situation, and you coach only the up-and-coming young leadership, then you are in effect setting the young leaders up for failure: you are expecting them to do counter-culture things that likely would ostracize them, or keep them from that next promotion by their failing to fall in line with the system.

The top leadership would need to champion all the needed changes — while also realizing that their current organizational DNA largely inhibits all of that. The top leadership should be called upon to spearhead the desired innovations or spirit of innovation; and to actively promote their desire to become recognized as an innovative, culturally agile organization.

The key for coaches and consultants truly is taking the time to understand the corporate culture, and working together with the leadership on the best strategy to implement corporate change that will take hold and last.

Last modified on Sunday, 25 December 2016 19:09
Published in Stories
Tagged under

More in this category: « Cultural Paradigms and Traffic Jams
back to top