Saudi Mentoring and the Three Colors of Worldview, Part I 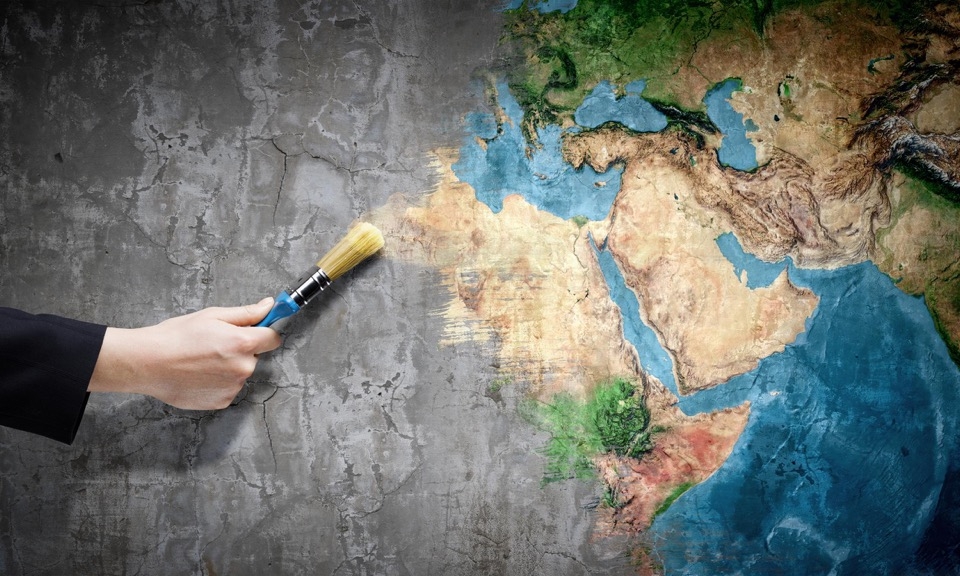 Power and Honor in Employee Relations, Contracts, and Child Rearing

This article continues our series of short stories related to Inter-Cultural Intelligence, followed by questions and discussion that highlight areas where the Three Colors of Worldview and 12 Dimensions of Culture frameworks are involved.

The following stories come from one of our knowledge practitioners who worked in learning and development for an oil company in Saudi Arabia. He was training a group of thirty people between the ages of forty-one and fifty-five.

They were totally unmotivated – they'd been in the oil company for ever. On the first day we started talking about how you discipline your kids, with the idea that how you treat your children is probably how you will treat your employees. So I said, "What should I do if my son came into my office, and spilled water on the computer?” And they said, "Beat him!"

I said, "Okay, but another option could be-" And they interrupted, “No, just beat him!"

So I asked them to follow along with me through the feedback cycle that I would use with my son: First, I would ask him what he did. He would say, "I spilled water on the Computer." And I would ask, "Why did that happen?" He might say, "Well, I was trying to clean it: I wanted to do you a favor and I saw it was dusty.” Or he might say, “I wanted to bring you a drink of water, because I thought you might be thirsty, but I stumbled and spilled it.” At this, the group fell silent.

So then I asked them, "Following this feedback cycle, could I actually have another option besides beating my son?” And they said, “Yes, but if you start talking with him he will think that you are having a dialogue now, and that makes you less powerful.”

I said, “But I don't care how powerful I am; I care about him changing his action: next time I don't want him to spill water on the computer. By having a dialogue with him, I can diagnose the assumptions and the behavior that led to his spilling water.” So then we started a discussion on power and the Three Colors of Worldview.”

When the Training Doesn’t Meet the Need

Now, they were all positive about the program, but the program itself had a problem, because as a mentoring program, the context has to be set up properly for it to work. But in this oil company the context was that they had twelve big manuals of procedures and processes, things like how to shut down a plant, and their direct reports had to basically memorize those 12 books of procedures.

Now, even though they said they wanted real mentoring, what they were actually thinking was, "How can I force my team to learn those 12 manuals?” The people in my sessions who gave my program a 99.9% review, said that it was amazing, the best program they’d ever had – but it didn’t match what their management needed.

What are some examples of Honor / Shame perspectives displayed in these stories?

Example 1: The participants said that if the practitioner started dialoguing with his son, he would be less powerful, but there is also an element of Honor/Shame at work here: the reason that power is important in a relationship where the adult parent obviously has more power than the child is that it was not considered honorable in the culture to be seen as having less power in a parent/child relationship. This could come into play in relationships between bosses and their employees, with more autocratic leadership styles. This is an example of a situation where the Honor/Shame orientation of the society influences the application of Power/Fear.

Example 2: The response in the second story, “We want real mentoring” could be an example of an Honor/Shame response to a poorly phrased question. If there are buzzwords that are associated with honor, such as “real” in the question, then the honorable response is often, “Of course we want that.” This can result in engagements where the needs of clients from Honor/Shame oriented societies are not met, but they give outstanding reviews of the program because they developed a good relationship with the people who ran it. Furthermore, providing excellent reviews can bring the most honor for all involved.

What are some examples of Innocence / Guilt displayed in these stories?

Example 1: When the knowledge practitioner says, “I don't care how powerful I am; I care about him changing his actions,” he may be revealing a strong Innocence/Guilt perspective. He should make sure that he is able to take into account the honor and power expectations of Honor/Shame and Power/Fear societies, or like the Swiss CEO in our article on a failed HR restructuring project in the Middle East, he was blind-sided by processes that he was completely unaware of.

Last modified on Thursday, 12 March 2015 00:32
Published in Stories
More in this category: « Inter-Cultural Stories: Intercultural Intelligence in Afghanistan Saudi Mentoring and the Three Colors of Worldview, Part II »
back to top