Accountability on a Multicultural Team

Cross-Cultural Facilitation with the Five Behaviors of a Cohesive Team™, part 4 of 5 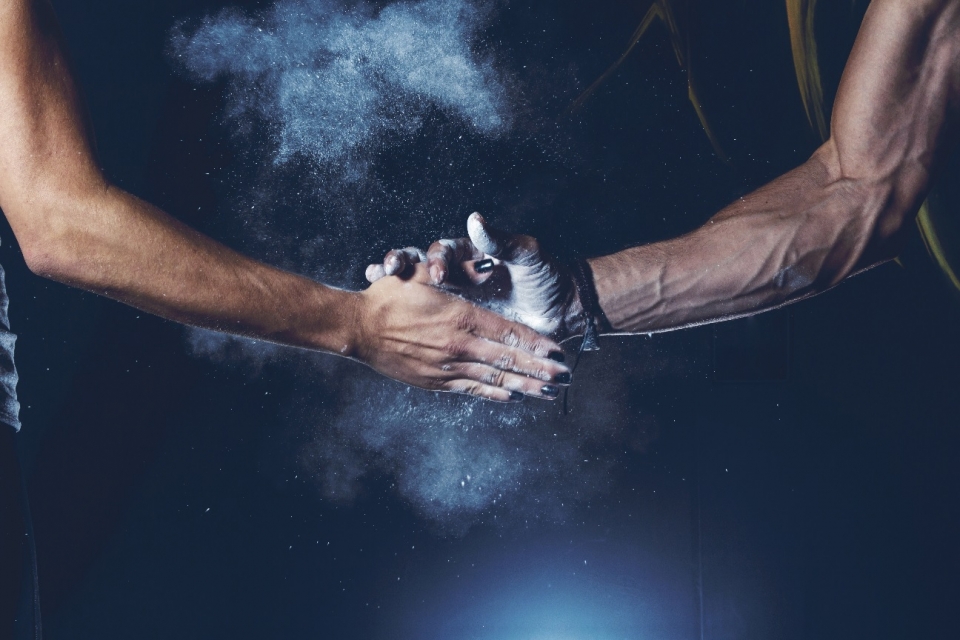 All eyes are on you. Twenty or so coworkers from different countries have gathered for your session around The Five Behaviors of a Cohesive Team™. Can you draw them into a learning experience that will strengthen the way they work together?

We want to share our experiences from walking this road, and what we have found to work well with a mix of western, Middle Eastern and Asian cultures. This is part four in a five-part series.

In Lencioni's Five Behaviors model, if the team trusts each other and feels safe with each other, we are able to have outcome-oriented and process-oriented discussions and even debates. This results in clarity on the team so that we know what we are going to commit to. When everybody is in agreement on the way forward, we can then talk about holding each other accountable.

A Culture of Accountability

When most people hear the word "accountability", they think of a boss or inspector checking up on someone's work performance. However, the mechanism that Lencioni advocates happens between all members of a team, where team members hold each other accountable for contributions and deadlines.

When you work through the Five Behaviors with a senior leadership team, each person brings away commitments to be implemented by his or her teams. In Lencioni's model, holding each other accountable means reaching down to everyone involved and getting them involved in the accountability process. This goes beyond leadership to nurturing a culture of accountability throughout the organization.

With individual accountability, people have their own tasks and things they want to do, and they tend to live in those spaces. If the ball gets dropped in another part of a task, they will tend to say "it wasn't my job" and not take responsibility.

But on a team, we are often working on parts of the same task. If I take Step 2 and you take Step 5, then what happens if I run into a serious difficulty? Since our team's success stands or falls together, we will be more successful if we assist each other and check up on each other. This starts to get at what is involved in community accountability.

How do we deal with individual difficulties from a community accountability point of view? For our team culture to be healthy, we need to discuss how we help each other and what types of conversations we can have if one of us runs into trouble. Is there a safe venue for escalating things? We need a safe way to say things like "Guys I'm struggling here …" or "I've run into external circumstances I can't control and I don't know what to do."

The poles of individual and community accountability are equally valuable, but sometimes one is better suited to a given situation. Polarity management is being able to dance between the poles as appropriate.

Growing a healthy and empowering sense of community accountability includes nurturing a safe environment where we can ask for help, call each other out, and come alongside each other in a way that puts our team and our goals first, ahead of individual accomplishment. If we as a team want to succeed, we need to know early on if one of us is struggling so we can come alongside.

One of the teams I worked with had a brilliant example of how they helped people speak up when they got stuck. People were afraid of shame, or possible retribution or loss of respect from team leaders. So they created an "oops sculpture" to sort of normalize that event and make it part of the everyday process. If somebody was struggling, they literally had something with "oops" written on it they would raise up on their desk. Colleagues near them would drop what they were doing and say "How can we help you get beyond this point? What can we do to help you succeed?" They realized that if they helped each other succeed, they would all succeed and the project would stay on track.

These are the types of behaviors you could come up with through cultural discussion on your team. We need to create an accountability mechanism where flagging an issue on my desk becomes the right thing, the honorable thing, and the empowering thing for the whole team. In the Five Behaviors process, this becomes possible because of the Trust you have been growing from stage one.

In some cases, to create enough room to have conversations like this, you may need to encourage people on the team to take conversations offline. This is something you can determine as you get into the cultural mix and makeup of your team. Are we big enough to say "We are okay with two team members discussing this challenge separately and not in the context of the larger team?" Culturally that is sometimes necessary. It is not necessarily a sign of a weak team culture. It may be the honorable and respectful way to deal with situations like this.

Accountability for Being Willing and Able

Pushing a little deeper into healthy accountability, we need to expand beyond merely asking whether tasks get done. When someone delegates a task, that carries with it an understanding of the team member's willingness and ability to accomplish what is being asked.

We may need to change our accountability discussions to where people are also responsible for communicating back about their ability and willingness. So for example, if I know this thing is not a top priority on my list right now because of other pressing things, I should be able to bring that up early in the process, rather than waiting for it to come out when the schedule slips.

Changing How We Delegate

In this environment when the boss or another team member is delegating a task, is it safe to ask clarifying questions? That may seem like a funny question, but delegation in an Honor/Shame and quite often also in a Power/Fear oriented environment might not be as transparent as we would like. If I have just received an instruction, I might find it culturally difficult to say "I don't understand what you are asking me to do. Can you go through it step-by-step?"

For some people that is either disrespectful to their boss or a sign of a low sense of loyalty. So I might not naturally ask those questions.

For people to take accountability for being willing and able, and for teams to identify and remedy problems early, team leaders need to create an environment where they welcome those kinds of discussions.

Changing the way we delegate really overlaps with Commitment as much as Accountability. Discussing if there is appropriate willingness, ability, resources, competencies and skills in place, if the timeline is reasonable, and if there are issues related to the level of risk we run are most useful at the Commitment stage. We typically call that discussion a pre-mortem, as we want to have it early, before the "death" of a project!

I might be open to committing to a project or deadline, but in the pre-mortem we discover there are many factors out of my control, and there is a high probably I will not make it. For the team to know that upfront is incredibly important. It might mean we start to think creatively about mitigating some of those risks. Or it might just mean the team realizes, "Okay, Jasmin is the only one on that task and there's a high probability she won't make it. So we will cheer here on and support her in every possible way, and also be ready knowing this might not work."

This allows everyone to accept the reality of the situation and empower Jasmin to do her very best to make it work and be successful. The pre-mortem allows realistic accountability and commitment as a team.

Since the way we delegate and the way we accept or commit to a job is directly linked to how we want to be held accountable, the rules and conversations for creating commitment in the previous Five Behaviors step should be the same ones we use when we hold each other accountable. The Intercultural Litmus Test is useful once again in shaping our conversations.

These kinds of discussions are what allow us to grow a culture of accountability that is able to flex between community oriented and individual accountability - where the team is holding each other personally accountable, but also coming alongside each other in light of the greater goal when someone is struggling.

Our next article will share tips for leading a team through the fifth and final step in The Five Behaviors of a Cohesive Team™ - "Focus on achieving collective Results."