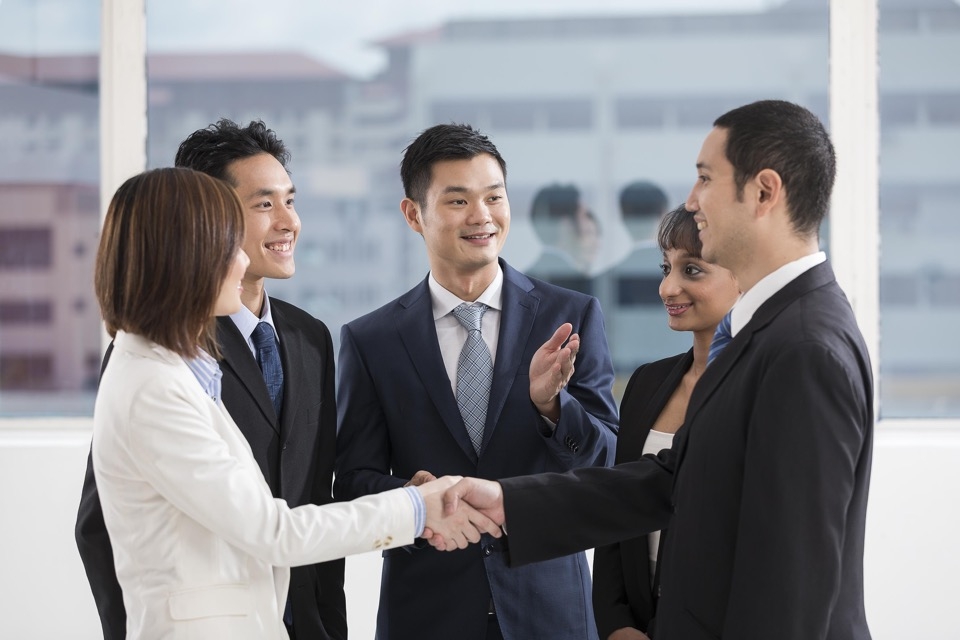 Gauging who you are likely to be sat across from at the negotiation table and how this should impact your approach has become increasing complex, but today we will demystify these complexities by introducing you to the four pillars of successful international negotiations.

Cooking up a storm is only possible when you have the key ingredients and we would argue that most senior executives are missing one key ingredient. Most have identified the first three:

This refers to a person’s ability to study their counterpart, to gather the right market intelligence, set up a meeting in a neutral place or one that suits your counterpart. And of course to choose your own interpreter should you need one.

In order to negotiate successfully you need to be adept at understanding yourself and other people, identifying and playing to strengths and weaknesses of all those involved. Psychometric tests, DISC and Myers Briggs are always useful for this type of thing.

Daniel Goleman is right in saying that our level of self-awareness and others awareness is key when trying to understand what is happening below the surface.

This is where the majority of unsuccessful international negotiations fall short. Can you successfully differentiate the people sat around the table and do you know what is important to them? What are their motivators and demotivators and what are yours?

Let me give you an example of a scenario we see repeated often in the Middle East.

Lets say you have to prepare for a negotiation with a counterpart who is highly driven by an honour / shame culture, but you come from an innocence / guilt driven culture. What would drive you is wanting to know the exact details of the deal, the sequence of events, the finer contractual points and the specifications of products or service that are to be discussed, which is what you concentrate on these during the meeting.

Your counterpart however will be evaluating the situation from an honour / shame perspective and will therefore want to know how selling the service to his company can bring him and his company honour and how it can be beneficial to him. He will also want to know how to sell this to his boss. So whilst you’re discussing the finer details of the product, your counterpart is likely to be agreeing with you but will still be trying to find the answers to his questions.

And there are likely to be further misalignments. As an individual from a northern European country you are likely to have been given full authority to negotiate on behalf of the organisation. More than likely you will also have been given range of possible outcomes that you are allowed to make decisions on.

But your counterpart is likely to be from a community accountability culture, where his role is to reflect the interest of his tribe, subgroup or section of his organisation. So he will not have individual decision-making power, he will be expected to bring back the ideas to the group so that they can be discussed and a group decision can be made.

The likely outcome of this type of encounter is a false positive.

You may think that the meeting has gone well because your counterpart will be very agreeable and is unlikely to want to offend by sharing any concerns, but in reality the decision will be made behind closed doors and you will not be involved. The reality is that sales in community accountability driven cultures take much longer and require more meetings so expecting an outcome at the first meeting is somewhat unrealistic.

When high level negotiations fall over it is often because the negotiators have neglected to research the people involved, where their alliances lie, what motivates them and whom they are accountable to.

The value of InterCultural Intelligence isn’t just in understanding one set of cultural dynamics so that you can prepare a standard negotiation technique for each type of Danish or Sri Lankan Company you come across.

Whilst there is ample material available to help you negotiate with the average American, Chinese or Indian, what these materials don’t tell you is how to deal with in-group / out-group effects or people from mixed cultural backgrounds.

People don’t behave the same when they are taken out of their normal environment, which means that the Danes that you are used to dealing with in Denmark will behave differently when they are negotiating in China.

That’s why cultural tools are so important to the negotiation process. Only by using tools such as the 3 Colours of Worldview and the 12 Dimensions will you have the right framework and methodology to successfully negotiate across the world.

Are you missing the key ingredient to negotiating successfully across the globe? If you want your negotiators to be truly effective contact us to find out more about Inter-Cultural Intelligence.